The first error I received was during the customization of the OS. 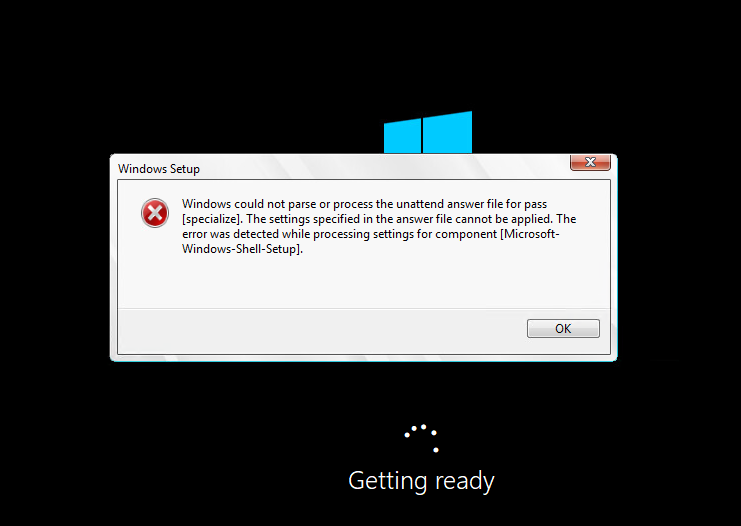 The error was caused by a wrong KMS client key. After replacing the wrong key with a correct one the customization worked. However, now I received another error.

This error was related to the IPAM system that was used in vRA. After copying the template to a new VM and customizing the OS, the host record needs to be updated because the VM gets a new name. But this workflow ended with an error

Sorry for the image size but the error says “IPAM Provider Error: Unable to update host record: no host records were found in IPAM”

So the question was “why is the host record not found?”

The answer to this question is: “because the VM changed it.”

After converting the template to a VM I could log in to the OS. Going to the network configuration, TCP/IPv4, DNS showed me the cause of the problem:

When the template was cloned and the resulting VM was booted, it registered itself in the IPAM thereby overwriting specific vRA attributes of the host record. When searching for the record using those attributes it could not be found… And vRA deleted the deployed VM…

Simply uncheck this option and the deployment was successful.

Do you want to be busy during the holidays? Or take some time to patch?